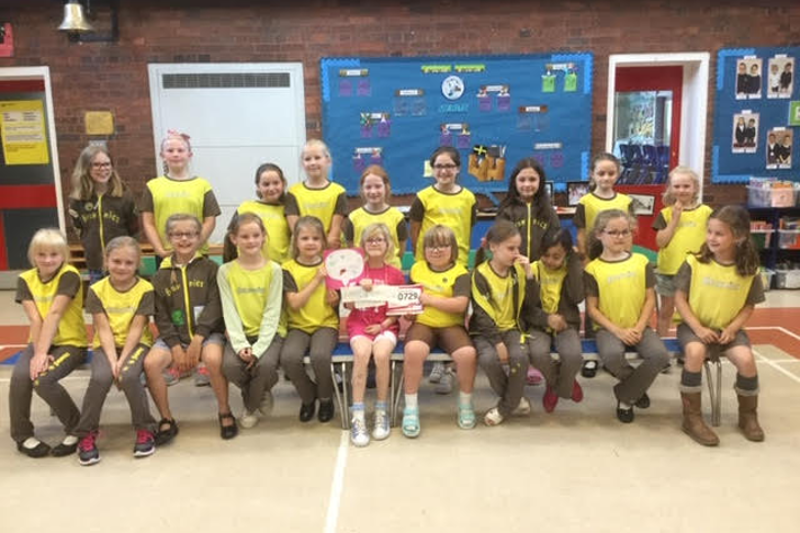 Alrewas Brownie, Jaishree Davies, has earned her Charities Badge by raising £1,000 and running the Race for Life.

Jai who is now just 8 years old has been a member of Girlguiding since she was five. 3rd Alrewas Rainbows and 1st & 2nd Alrewas Brownies all helped to support Jai by donating their weekly subs to her cause and presented the cheque to her on 1st July when she brought her t-shirt, certificate, race number and medal into Brownies to show everyone.

Jai completed the Race for Life on 30th June in just 41 minutes and her total has now hit the £1,000 mark! As massive well done from Annette, Tracey, Amy, Lesley, Jen, Megs, Emily, Jodie, Georgina and Zoe and all the girls in the units as well as everyone at Girlguiding Staffordshire.