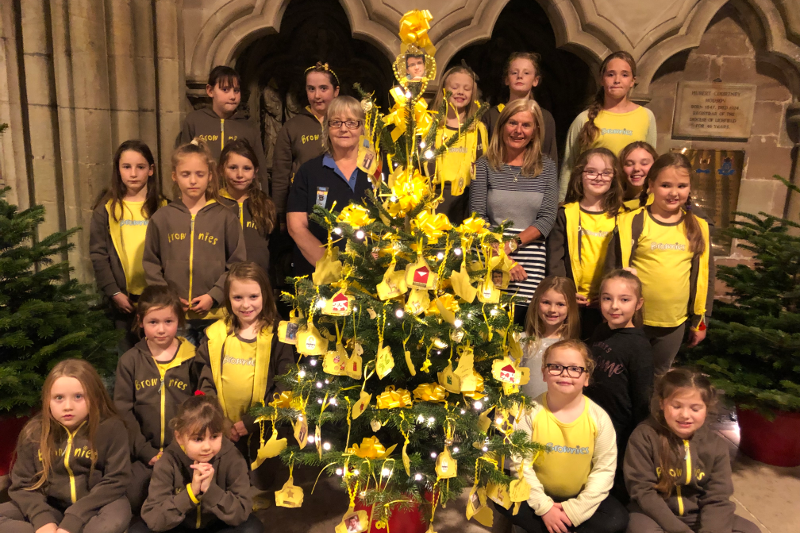 This year 2nd Boney Hay Brownies were chosen to decorate a Christmas Tree in Lichfield Cathedral that is in memory of Stephen Sutton MBE (blogger and charity activist) and in Support of the Teenage Cancer Trust.

The Brownies had been working on their local history badge which asked about a famous person in their community and that’s when Stephen’s name came up. Brownie leader, Pam Ecob, contacted Stephen’s mum, Jane Sutton, to see if she would come in and talk to the girls about Stephen and also whether they could be considered as the youth group to decorate the tree. She said yes to both!

Stephen’s mum, Jane, had requested that the tree be mainly decorated in yellow. So, the Brownies set about cutting out yellow thumbs up signs and decorating them. They also made flowers and hearts from yellow pipe cleaners.

On Thursday 29th November the Brownies visited the Cathedral to actually decorate the tree. They had great fun doing it and the tree looks amazing as I’m sure you’ll agree from the photos. Jane and her partner loved the decorations and were overwhelmed by the attention to detail on the decorations.

Brownie leader, Pam said: “I am very proud of my Brownies. They worked very hard on the decorations and decorated the tree beautifully. It was an honour to be able to be part of this as Stephen was a very brave young man. Stephen went to Chase Terrace Technical College which is where we hold our Brownie meetings.”

The Brownies were shocked when Tracey said that he expected the photos of them to be seen by people all over the world via Stephen’s blog.

The tree is one of 50 on display in Lichfield Cathedral this Christmas. You can view the trees and vote for the one you like the most. The winning tree gets £250 for their chosen charity.

More photos can be seen in our Flickr album. 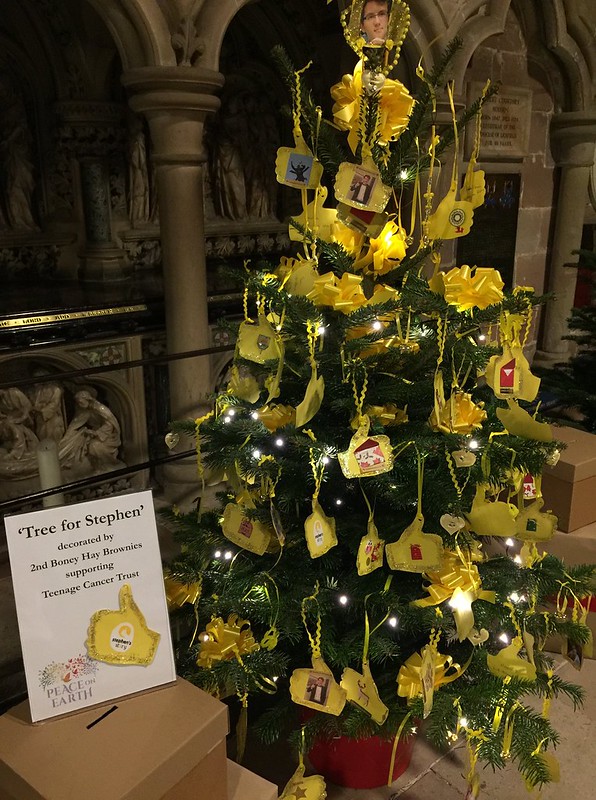