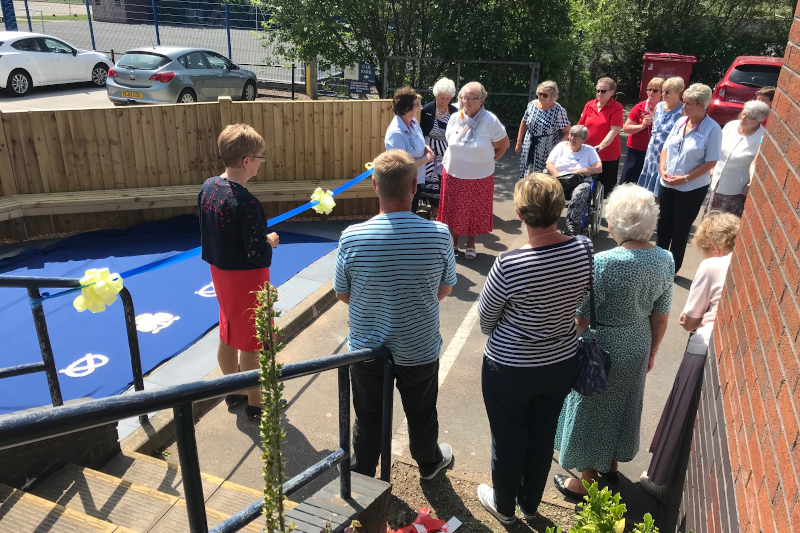 Barbara Waterhouse, a member of Leek Trefoil Guild, passed away last year and left Girlguiding Staffordshire £5000 in her will. Discussions were held with Leek Guild and it was decided to build a garden seating area by the steps going from the car park to the main door of Hixon.

Six members of Leek Guild and the Chairperson of Staffordshire Trefoil Guild were invited to the Vice Presidents tea which took place at Hixon when the garden seating area was officially opened by Jane Dudson, County President.

The plan is to erect a sail over the area to give shade in the sun – and the rain!!.

More photos of the new seating area can be seen in our Flickr album. 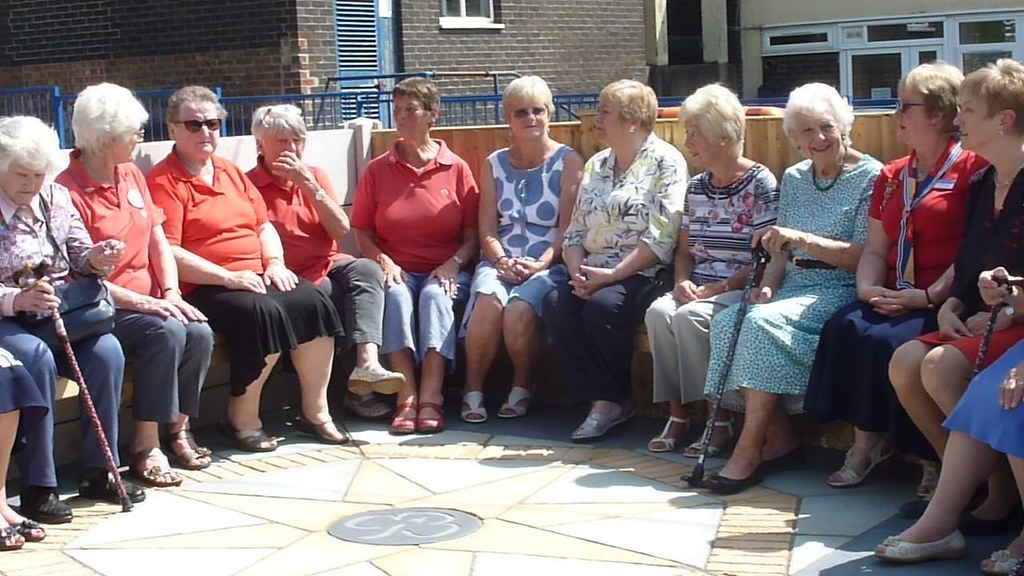