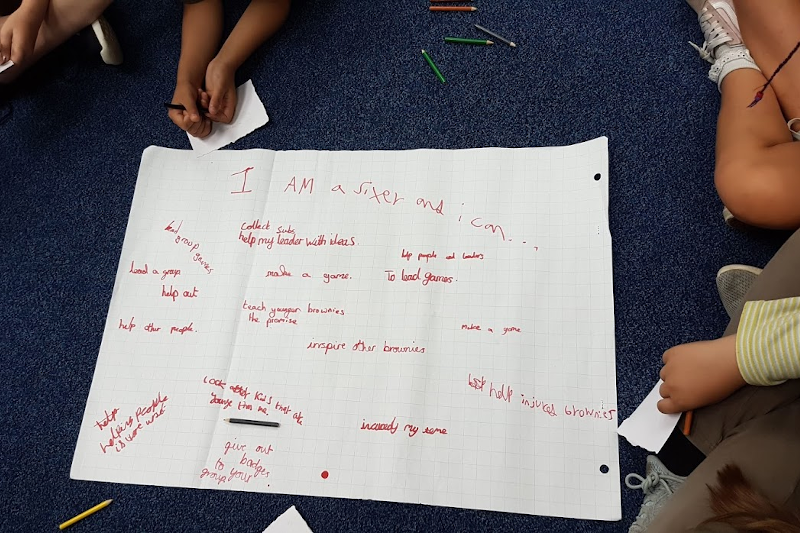 Tamworth Division’s Brownie and Guide sections enjoyed the Girls Learning to Lead training held in their Division recently. It was led by Rusty and Carrie and much enjoyed by everyone who attended.

Most brownie units that attended offered the opportunity to their Sixers and Seconds despite feeling that some of the girls were a bit on the shy side and would not therefore be willing/ able to take things further.
However, several of the brownie units have since reported back saying that their girls are eagerly looking forward to a more active role in their units from September.

3rd Amington unit gave their brownies the opportunity to apply what they had learned straight away. Their leader, Marie said: “I want to let you know how pleased I am after we had Rusty & Carrie come to do a session for us in Tamworth. On the 6th July 2019 we had a girls in the lead session for our division, all older girls were asked if they wanted to come. From our unit we asked 10 girls we had 8 come on the day. Two of the girls we was personally surprised but very chuffed that they had said yes. In the unit they have just become sixer’s treating everyone equal and to give them a little more responsibilities hoping to build there confidence as they are very quiet and sometimes don’t speak at all. We arrived at this session not knowing how they would react. At the start I spoke for them.

“Carrie asked us to leave them with peer educator. We were told they did participate and I was very proud. At the end of the session we asked our 8 girls if they would run and choose a 15 minute craft ,activity or game to run over the next two weeks. In the 1st week the two shy Brownies did a word search and a code cracking game and others did an craft and a game. In the 2nd week we had a quiz, easy draw in stages and  wanD making.

“One of the shy Brownies had been very apprehensive and at school on the day of our meeting had gotten a little upset and she spoke to the teacher. She came to brownies ready to go and both and all girls delivered their activity very well and with confidence. As leaders we were so proud of them all. Our two shy Brownies then went on to speak to their class at school about Brownies and managed to complete their Speaking Out badge. We would like to say a massive thank you to Rusty & Carrie. This has given our girls a different opportunity and ideas that we will continue in the unit.”

We’re sure that they won’t be only unit that will be making changes, it’s great to hear that actions will be taken as a result of training received. Hopefully those who attended will carry on their journey with Girlguiding and inspire others as they have been inspired by Rusty and Carrie.

Our thanks to everyone involved in this initiative. 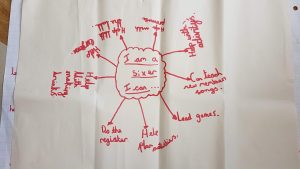