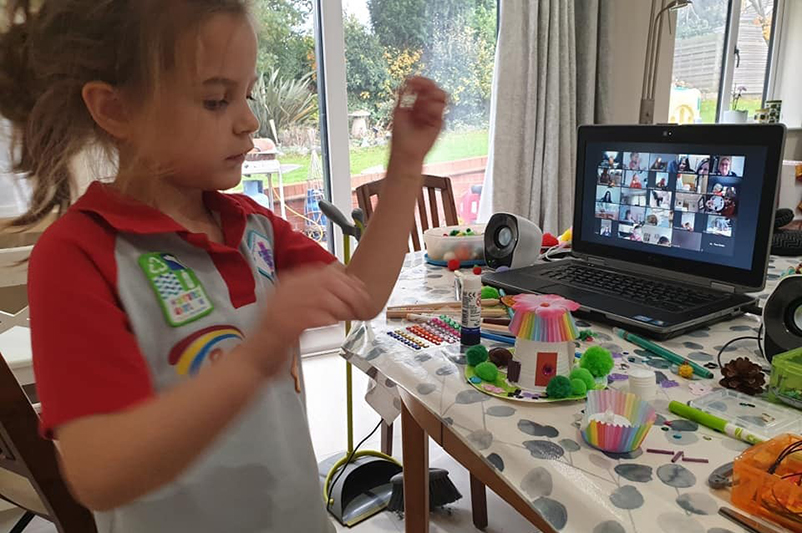 Lisa, with help from other leaders, created fairy packs which included lots of crafts, ideas of how to be a fairy, puzzles, creating your own fairy name and what they will be making on the zoom sessions.

Lisa organised for zoom sessions to begin the event and close the event. Similar to how activity days would run where we would welcome everyone, explain what they will be doing, any house keeping and then the order of the day. The closing ceremony would normally involve everyone coming together in one room, showing some of their achievements, singing, playing a game and the event host thanking everyone for coming.
It was a huge challenge for Lisa to organise over zoom and for Rainbows to participate at home. However, being a versatile guider Lisa took the challenge in her stride and presented an amazing event!

The opening zoom session was on Saturday 24th October 2020. Rainbows and leaders joined together and started the session off with a very different fairy story. Lisa had previously asked leaders to film themselves dressed as fairies or in their Leaders uniform saying sections of a fairy story. MarieHames, put all the clips together and created a video story. It was brilliant!

Lisa then asked the Division Commissioner for Tamworth Girlguiding Jill Longhurst, to run the craft session. Jill demonstrated and talked the Rainbows through making their own fairy house complete with light. Rainbows were thoroughly engaged in the activity and were very proud of their creations.
Half term saw Rainbows working through their fairy packs, doing the crafts, being fairies by washing up or tidying their toys and visiting a local outdoor fairy garden. Rainbows posted on unit’s Facebook pages when they had completed activities. It was really lovely seeing how happy they were. Parents contacted leaders and thanked them for having something to do during half term.

Saturday 31st October was the closing ceremony. Lisa organised a zoom session for everyone and asked Marie Hames to run a fairy bingo game. Rainbows chose 6 pictures from their pack and Marie held up the picture she had randomly chose. Rainbows played for a line, then a full house, the winner of each receiving a round of applause.

Lisa then asked Jill, Division Commissioner to run the edible fairy garden challenge. Jill explained what the Rainbows needed to do and then we all watched with anticipation as Rainbows set to work letting their creativity thrive. The creations the Rainbows made were fantastic!
Lisa finished the zoom session with asking Rainbows to find their brown envelope, which was in their pack, and they opened them on zoom. Lots of squeals and wows as the Rainbows saw their fairy badge that they had earned.

We asked Rainbows what their favourite part of the event was and the majority said making the edible fairy gardens on zoom. One Rainbow said ‘I loved making the fairy house when we were here before’, another commented ‘playing bingo was great’, another told us ‘ the wooden fairy garden was great fun to do’ and the best comment was ‘thank you fairy much’!

For the first virtual event it was a huge success.

Photos from their event can be seen in our Flickr album. 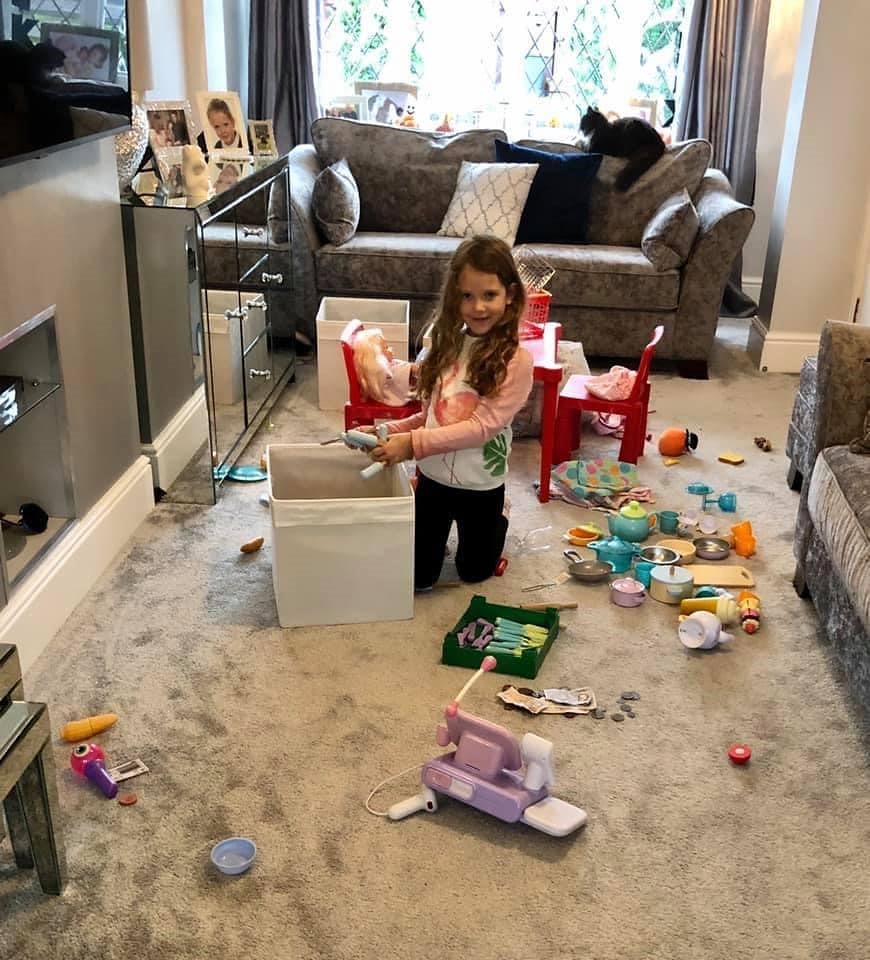